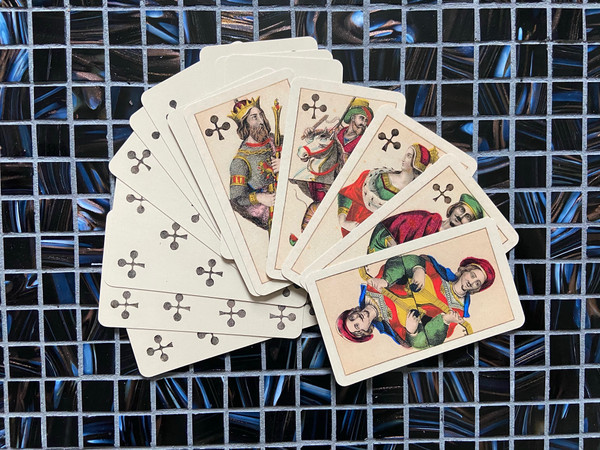 Printed on quality 350gsm card stock and coated with a smooth aqueous coating. Full Size Tarot at 4.75 by 2.75. Proudly Printed in the U.S.A

Along with the deck I'll send a tarot bag for storage and a card explaining what suit corresponds to cups, wands, coins and swords, as well as which cards represent which major arcana.

Thanks for looking! Blessings.